Proverbs 12:10 - The Righteous Man Regards the Life of his Animal.

You are here:
Animal Updates 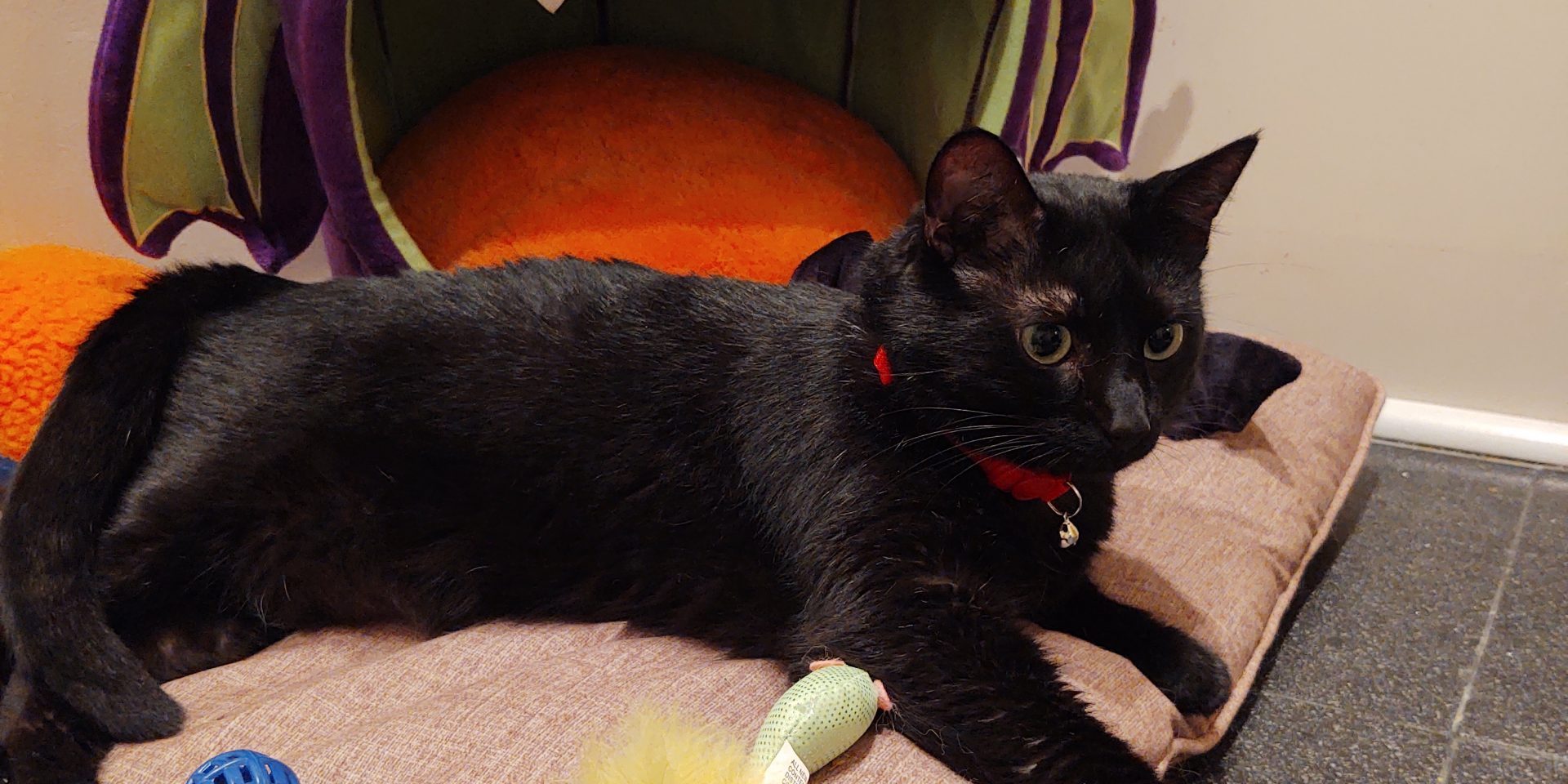 Our latest intake is big handsome 3-year-old Batman (aka Bruce Wayne)…. Batman has entered his fully furnished batcave lair now located at Haven 12:10 Animal Sanctuary! Sadly he did not bring the batmobile with him. Yet.

You will note the initial picture of him in the crate …he has the same expression as his new batcave… we sincerely believe it was due to the cage being pink. He thought it was unsuitable that we seem to have borrowed Catwoman’s PINK crate to transport.

His green eyes are absolutely beautiful and he loves his cuddles. He is fully vetted and neutered. The family is personal friends and supporters of Haven… due a beautiful baby arriving in another month Batman needs a new home! He is extremely friendly and affectionate, enjoying even belly rubs! He is kind of neutral about the other animals here… he’s not overly thrilled about interacting with them he just kind of does life on his own so far but he’s not been here very long either. He and Gigi spent some time together did well! Obviously he has excellent taste in friends. Gigi is our beautiful tortie also looking for home.

We are hoping that someone will be able to give Batman/Bruce a new forever cave!!! (Robin not included)

Add us on Amazon Smile! With every eligible purchase, Amazon donates .5% of your total to a charity of your choice at no extra cost to you. 🙂